What is a Rupert? 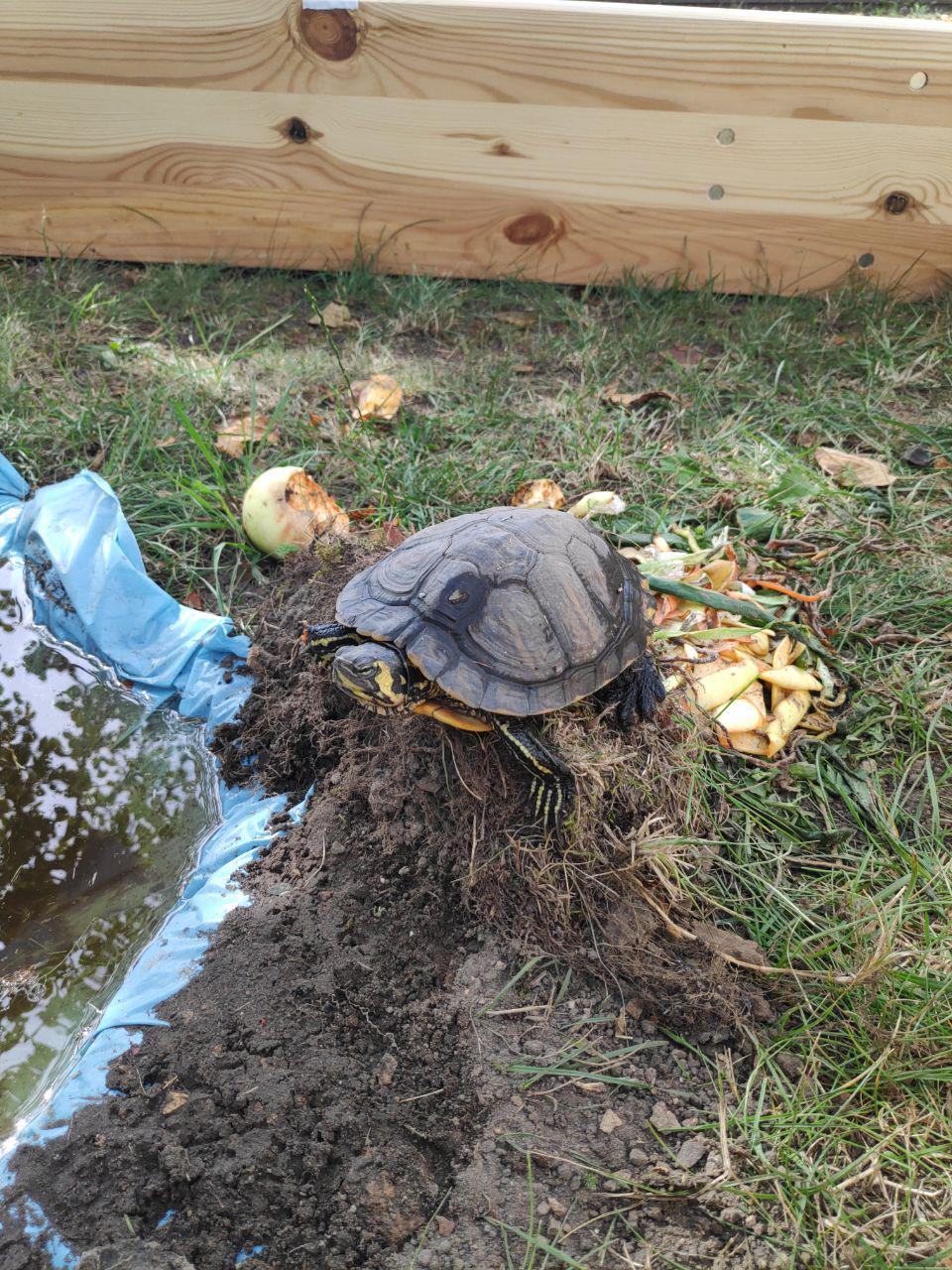 Rupert is the turtle that CERT adopted at CCCamp 2019 in Mildenberg, Germany.

What kind of turtle is Rupert?

Rupert is an aquatic turtle, specifically a "yellow-bellied slider" and is actually an American. The species is easily identified by the shell and head markings, and the sex by the longer tail compared to females, the cloacal openings further from the shell, and the extra long claws on the front feet.

Where did you get this one?

Rupert was found by 2 of our angels on 08/19/2019 in the middle of a country road on the way back from a shopping trip. He must have been hit by a car there, but got lucky and got away with a few scrapes and nicks on his tank. Of course he couldn't stay there, so our angels brought him along for now.

You can't just keep a turtle!

Well, that's what we thought, so first we built a temporary enclosure with a mini pond and started making phone calls. The local animal shelter couldn't do anything with reptiles. The people we were referred to could not be reached. And so the time passed. What we found out was: Rupert's species does not naturally belong in the wild in Germany, but is sometimes abandoned when people no longer feel like taking care of the animal. They also need a pond and hibernate, but better not outside because the winters in Germany are too cold and long for the species. On the last day of the camp we still had not reached anyone in the area and that rupert could not be left on the camp-grounds was clear. So 2 of our angels agreed to adopt Rupert. 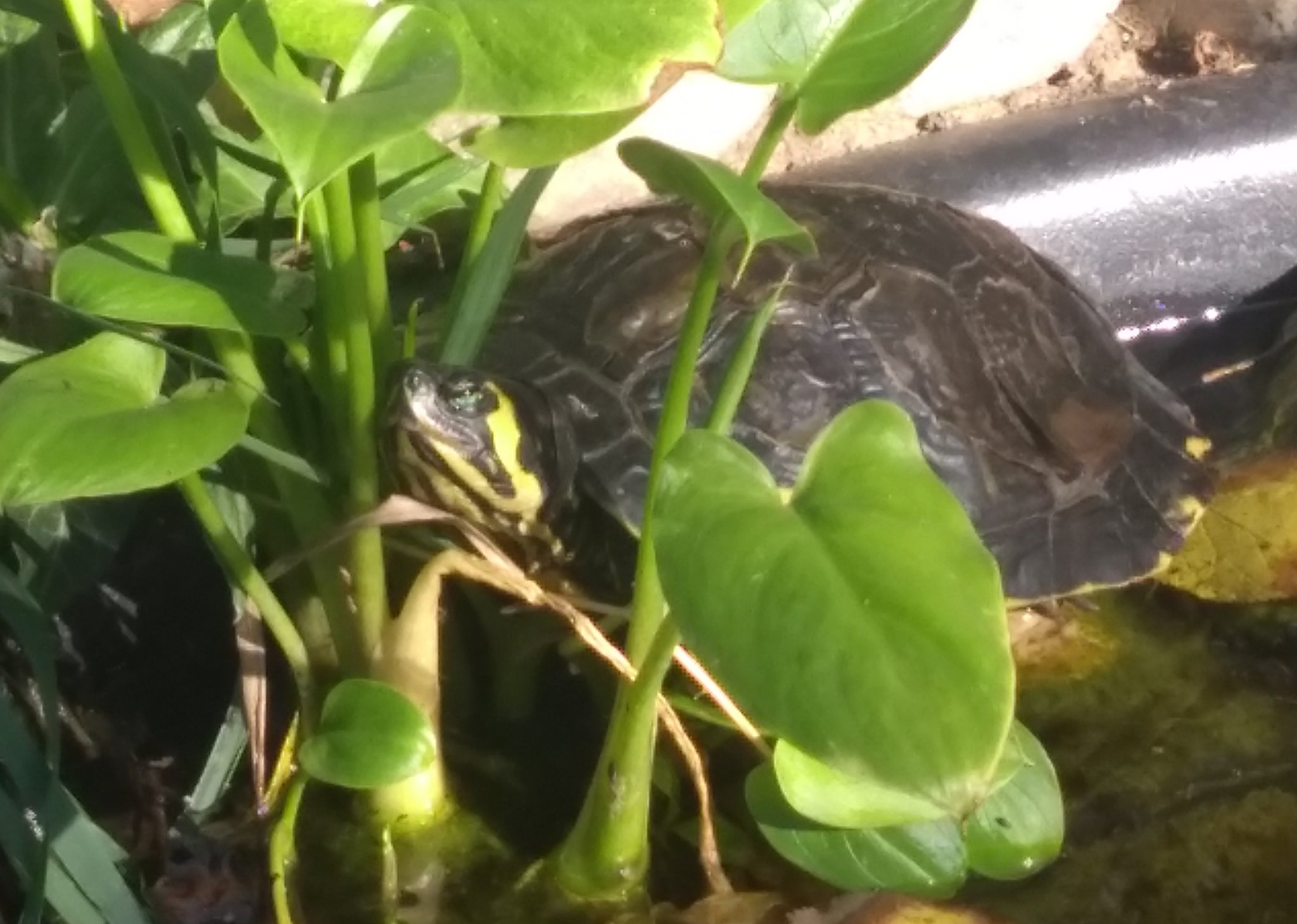 And where does Rupert live now?

Rupert now lives in the beautiful Ruhr area in a garden with a big pond, lots of plants and some great spots for sunbathing. He spends the winter in the house, and his resting period at 10°C in a refrigerator. He is very happy with the angel service so far.

I want to know more about Rupert!

I'm super knowledgeable about turtles, want me to take Rupert off your hands?

No, thanks, that's not necessary. The angels that take care of Rupert are very experienced with animals, also do well with reptiles and have good veterinary advice if needed. Rupert is well used to his pond and it would not be good to relocate him again. He is part of the family!